So here we are, nearing Halloween 2016 and the time for horror movie binging is about to begin! But what’s a horror movie marathon without the great Halloween series as an entry?

Having spent years watching Michael Myers chase down hormonal teens year in and year out, I never thought to include the third one, the one without Michael Myers!(Gasp) What’s the point of having a Halloween movie without its masked figure? Most people have agreed that this is the one you skip when going through the series. But lately, it seems that many are beginning to state that this movie is worth checking out, some even going so far as to say that “Halloween III” is secretly a diamond in the rough.

If you haven’t seen it, here’s a brief summary: After a patient of his is murdered, a boozy doctor joins the victim’s daughter to try and figure out the mystery behind her father’s murder, leading them to discover a plot to kill children through the use of Halloween masks. Yep, you read that correctly. 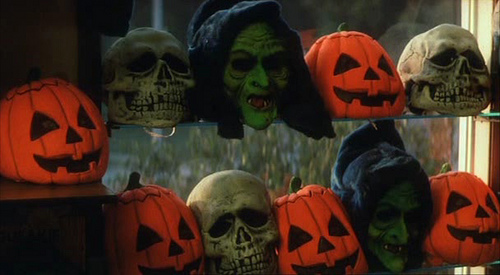 To put it lightly, this movie is batshit insane. The twists and turns are nothing short of what you’d witness in a fever dream. With robotic henchmen created by an evil toymaker, an alcoholic protagonist that’s really only solving a mystery in the hopes of getting laid, and masks made for the sole purpose of murdering children, “Halloween III” is never short of WTF moments. But besides being endlessly entertaining, it’s also surprisingly well directed. Having well paced chased scenes at the beginning, a creepy tone, and beautiful shots of the surrounding scenery, this is one thing they really nailed. Also, the special effects team did a great job as well. When I say the victims in this movie get it, I mean they REALLY die hard. From robotic businessman ripping people’s heads off, to kid’s faces disintegrating into piles of bugs and snakes, it’s gross,disturbing and convincing, all the things you want in order to shock an audience.

So is this movie a diamond in the rough? I wouldn’t go as far as that, it does fall flat in a few areas with slow pacing and bad acting, but ultimately makes up for it in the long run. So if you and your friends are planning to binge horror movies for Halloween, this is one to check out, even if the legendary masked killer doesn’t make an appearance in it. 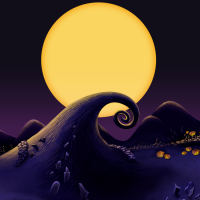