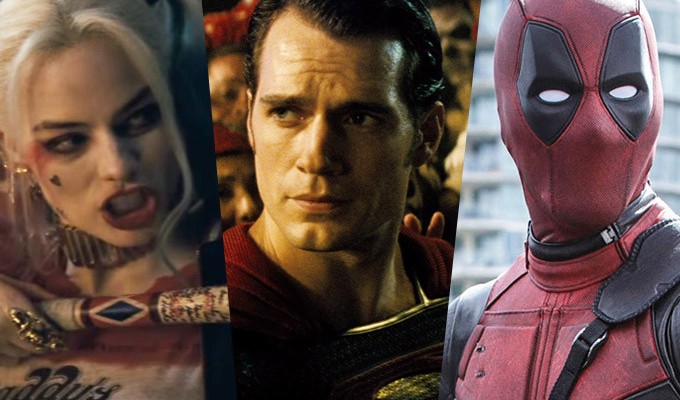 Will we ever see the end of superhero movies?

I know just voicing that thought will make certain fanboys want to reach through their screen and strangle me, but I want to add my voice to the countless others that have uttered that phrase. Believe me, I know I’m a hypocrite for asking this (I’ve willingly handed over stacks of money to Marvel and DC over the years) but by now it’d be great to see some form of an ending in sight.

I’ve been thinking about this a lot over the past week, after having seen Guardians of the Galaxy Vol. 2 and walking out with that same “meh” feeling that I have for a large chunk of the recent crop of superhero movies. And Guardians is a good movie. It has great characters that are easy to care for and deals with some really interesting themes of fatherhood, family, and asks the question of where you belong in the universe. Unfortunately, my eyes cloud over during every action scene, as I watch CGI characters beat each other across a room or see a spaceship blow up for the hundredth time. I know in the grand scheme of things, it’s an embarrassment of riches and I should feel lucky that all these fun movies with amazing effects are coming out in my lifetime, but when you throw them at me every few months, I just get tired of it and want to watch something new.

That is the main point of this article: SOMETHING NEW. It’s such shame that with all this money and talent being thrown at these humongous superhero movies, that other smaller movies don’t stand much of a chance. That’s not saying that you can’t make a movie on a small budget and it not be a hit, just look at Shyamalan’s recent movie Split and you can see how it can be done effectively. But any small production would love more money, just for some breathing room if nothing else. And money being thrown in different areas means that movies with fresh ideas have a chance at making it. Instead it just seems that we have to keep a franchise running for years and see sequel after sequel of a movie that was just OK to begin with.

Unfortunately, my main problem is the amount of new talent going into these. Just take Brie Larson for example: The Oscar winner that’s made great Indie movies like Short Term 12 and Room is one of the newest entries in the Marvel factory as Captain Marvel. This is great for her and she’ll be rolling in money for eternity; but it sucks for her fans like me that were hoping she’d stick to smaller movies or blockbusters like Kong: Skull Island. She may be able to do a few side movies (Chris Evans in Snowpiercer, Robert Downey Jr. in Sherlock Holmes, etc.) but good luck cramming those in with Marvel’s schedule. I mean Hugh Jackman rarely did other roles other than Wolverine and the guy was roped in with X-Men for NEARLY TWO DECADES.

I just think it’s going to be weird to look back over this current superhero frenzy a few decades from now and wonder why we were so obsessed with these things. Hopefully we won’t think we wasted talent in front of and behind the cameras on these movies and regret letting it get this out of control.

I do want to say that as frustrating as these movies sometimes can be, there have been some incredible stand outs in the genre ( Logan, The Dark Knight, Winter Soldier, Deadpool) that could go head to head with many highly praised movies and put up a fair fight. Some of these examples pose an interesting solution to the weariness that many film goers are feeling toward the genre as well. Compared to the sprawling epics of The Avengers and the X-Men franchise, Logan, Deadpool and Winter Soldier have smaller scales and sharper focus on their characters, making them far more interesting than the Special Effects Extravaganzas that we see all the time. I’m hoping that the studios will take a hint from them and start focusing on more projects like these, instead of the huge blockbusters that we’ve all become so used to.

Whether or not the superhero phase ends anytime soon, its nice to know that they can go in a few different ways to shake things up a a bit. I do think its a shame that so much talent and money has been dumped into these movies over the years, taking them away from other projects that may have been more interesting to see. But no matter how much longer the superhero genre has (which looks to be years and years) it’ll always be an interesting time in movie history to look back on, even if some look back on it more fondly than others.