“Do you even know what happened in the film, or were you just staring at your phone the whole time?”

I stared blankly at the blue-on-black credits for A New Hope filling the screen. The iconic, trumpeting music following the Rebellion award ceremony was triumphant; I was not. For four years, I had begged my girlfriend to give Star Wars a chance. Just one chance and she would be sold. Yet she didn’t even absorb the plot.

I was more than a bit crestfallen, as anyone would be when doubt is cast upon one of their greatest passions. Did I only love Star Wars because I viewed it through the deceitful lens of childhood nostalgia? I was raised on the stuff. I read Star Wars comics and books before I ever touched Marvel and Harry Potter, I preferred plastic lightsaber duels to climbing on the playground, I spent hours focusing on rocks and trying to lift them with The Force. Heck, watching Empire Strikes Back is one of my earliest memories.

The building blocks for my childhood were set in place more than a decade before my birth: 40 years ago, May 25, 1977, that Star Wars (later given the subtitle A New Hope), made for a paltry budget of $11 million, released into theaters and exploded into a multibillion-dollar mega-franchise. Science fiction was dwindling in popularity, and Star Wars was a new hope for the genre. Originally planned to be a Flash Gordon knock-off, Star Wars became a golden standard for worldgalaxy-building. But if A New Hope premiered today, would it have become a hulking pop culture phenomenon?

I recently rewatched the film with a more critical eye: once with the original cut, then the Blu-Ray version, then the Blu-Ray again after watching Rogue One (which has created an ‘enhanced watching experience’ for A New Hope, akin to the extended editions of The Lord of the Rings). I wanted to know: Is A New Hope merely a product of its time, or was it ahead of its time?

Taking a step back, the plot sounds ridiculous: a ragtag team of six, including two droids and a yeti-like being, rescue a princess with cinnamon roll hair from an asthmatic villain on a weaponized battle station the size of a moon called the Death Star (relevant). Thematically, it’s simple good vs evil and a shallow coming-of-age story. The corny dialogue can be cringe-worthy at times, especially when coming from Luke Skywalker in all his teenaged whining glory. Looking at the plot and scripting, should it have worked? Taking a critical stance, probably not.

But it does work. I can’t watch the film without feeling a flutter in my heart at every crescendo moment (and there are many). I can’t wrap my mind around the special effects consisting of small-scale models and prosthetics, yet still outmatching much of the today’s CGI. I find myself hearing every trill of the trumpet and beep of R2-D2 despite becoming fully deaf a year ago. I’ve come to memorize every single one of those corny lines that have since become some of the most famous in Hollywood history, and have even found myself watching the films without realizing the captions weren’t turned on.

I think Bruce McCabe of Boston Globe put it best in his 1977 review: “Star Wars is not a film to be written about, it’s an experience. It’s that rare experience for both adults and kids that shortchanges neither. Go—and enjoy.”

Put simply, my doubt in the magic of the films has been erased. My girlfriend just has terrible taste in film. 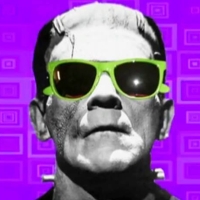