*Spoilers may be present within the review* 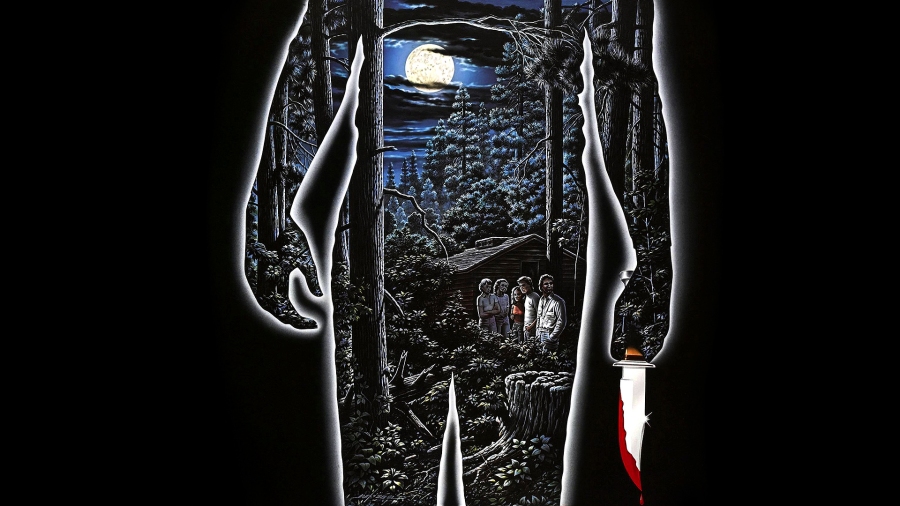 After the unsolved murders of two counselors dead, Camp Crystal Lake was forced to close its cabin doors. Legends of the location have left many locals avoiding the site until two decades later when the camp begins its refurbishment from outsiders. Oblivious to the word of mouth of the camp’s dark past,  the counselors enjoy the few days before the children come pouring in- but they aren’t alone.

From the crashing title sequence alone, you’re thrown into a project that is an amalgamation of inspiring films that preceded it. Harry Manfredini’s theme reminisces classic scores like “Jaws” and “Psycho” all while making its own. From top to bottom the soundtrack does its job of portraying the terror, even when nothing frightening is happening on screen. The soft pin pricking of strings and whispers set the tone of an ominous presence lurking in the woods.

There’s no denying that “Friday the 13th” is an attempt to jump on the hype train of the newly formed slasher genre, made famous by 1978’s “Halloween.” Even with twice the amount of money invested in it, the film is still considered low-budget. Personally, I feel like the film was rushed as some finer tweaking was needed, but it manages to capture the essence of the slasher; especially with what it does to set the lore and tone for future films to evolve from.

One of the main antagonists, Alice, is very resourceful and once she becomes aware of the killings, she uses her surroundings and barricades herself. Though she isn’t the first female character in cinema to take matters into her own hands, it’s refreshing to see independent women handles herself and combat a killer. Unfortunately, the writing of the characters aren’t that strong, so like her counterparts, Alice is just another character that seems expendable. This does work however when putting the warnings from locals in mind, as the young adults seem to blindly ignore cautions spoken about the camp.

Legendary special effects creator Tom Savini worked on the movie- one of his first projects. Not having any CGI or state of the art effects placed all the stress on his shoulders, and boy does he deliver. A handful of kills are downright shocking for the time, most notably Kevin Bacon’s death where an arrow goes through his neck whilst laying in bed. While the effects fall in comparison to today’s standards of practical effects, it was a major achievement back in 1980. The cinematography goes hand-in-hand with the gritty style of the deaths. “Friday the 13th” kicks off the voyeurism that is also used in sequels, giving a larger sense of mystery to the overall presentation. It works in a way where we feel like we are the killer stalking prey.

The reveal of the killer is without a doubt the highlight of the movie. Even when knowing the outcome, the third act is an enthralling sequence. The actor works in such a way that adds more depth to the story while terrifying both Alice and the viewers.

In the end, “Friday the 13th” is a true classic of the horror genre; though it’s not as praiseworthy on the critical spectrum. Majority of the characters feel nonessential to the film aside from serving as numbers to the body count. There’s some promise with Alice, however, it never meets the stage that an antagonist like her deserves. It may be a disappointment to newer fans of the genre, but it stamps its mark as a true cult classic.