Nine films in and we get our second “Final” edition to the series. Previous films have attempted to reinvent the series with different twists, but “Jason Goes to Hell: The Final Friday” blows the competition out of the water. The movie kicks off with the promising riff of the classic music to a woman being chased by none other than Jason. As he has her in his grasps it is revealed to be a ploy by the FBI to get Jason in the crossfire and killed. Yes, Jason dies in the opening minutes to the film. You think from there, we’d find Jason actually in hell for the rest of the film. Unfortunately, we get something much different. To the fan’s disappointment, we are left with the soul of Jason possessing others until he finds the right host.

Jason is a lot bigger in this one. Somehow he was able to not only find his mask again but grow to an even larger size. His scalp bulges out past the straps of his mask as if he has worn it since birth. Gone are the small well-crafted details, leaving the character to be a more blobby behemoth with what looks like tumors on his head. Weirdly enough, Jason grunts and yells during the opening scene; which ruins the mystery of the character once presented. It’s laughable, but not in an entertaining way. We do get more glimpses of him throughout the film in the form of reflections of possessed beings. In one scene, Jason takes a new host, leaving the other body to decompose at an alarming rate; it’s both gruesome and artistic in regard to the practical effects.

On the character side of things, there’s Steven who learns the truth of Jason and does all in his power to protect his ex-girlfriend, who is being hunted by Voorhees. It seems more complicated on paper. Through various scenarios and the fact that Jason is believed to be dead, everything goes awry as the police disregard Steven’s information. Judging from his appearance and introduction, one would assume he was the standard geek who would reach their demise early on, but surprisingly is the star of the film. Steven’s narrative arc is one of the better of the series and you begin to genuinely root for the guy. Another character, Creighton Duke, has potential by being a crazed bounty hunter who has heaps of knowledge on Jason. I understand what they were trying to do with this plotline, but the character just feels out of place.

The rest of “Jason Goes to Hell” is a downward spiral. The music presented in a cheap television show-esque package and the overall film feels more like knockoff B movie than a sequel- quite a shock given the fact it has one of the biggest budgets of the Friday the 13th franchise. Aside from the last shot which gives any hardcore horror fan a gigantic grin, the movie is just another example of when a franchise goes in a completely new direction and executed poorly. 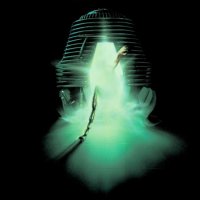