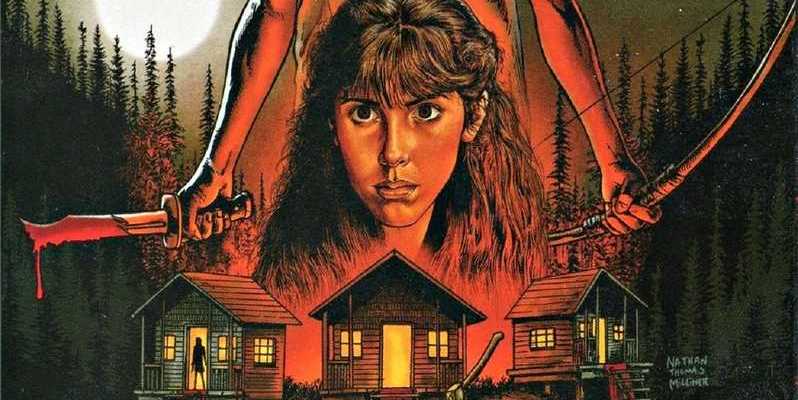 We learn through the opening of the film that Angela loses her father and brother in a boat accident. Picking up eight years later she is living with her cousin Ricky and aunt. The two set off for camp Arawak. Due to her quiet nature, she’s treated as an outcast by most of her fellow campers.

The dynamic between Angela and Ricky seems bleak at first but becomes more established as the film progresses. When her cousin isn’t playing ball or hitting on girls Angela is being protected by him. It’s a constant battle as Angela is seemingly picked on from beginning to end. You really begin to feel for her as the bullies pick on her for just being a shy girl. It’s not new for a movie to use the bully element to cause empathy for a character, but the majority of the characters are straight-up assholes; not just to Angela but other kids as well. Let’s just say that some of them really get what’s coming to them. Going into the film I expected the performances to be phoned in, but they are all pretty much believable. Even the male counselors who stand out with their mid-drift shirts and short shorts are genuine authority figures. The only outlier is Rickey’s mother who adopted Angela. Her over-eccentric personality that mirrors a wanna-be stage performer sticks out like a sore thumb.

On its surface “Sleepaway camp” is a cookie-cutter knockoff of “Friday the 13th” as it takes advantage of the camp slasher genre. POV shots that mask the killer and deep string instrumentals scream unoriginality. Thankfully the kill sequences and performances make the film stand on its own. In one instance, a man’s body is burned by boiling water. The prosthetics showcase this gruesome outcome through astounding techniques you wouldn’t expect from a low-budget picture; proving that the special effects are the strong suit of “Sleepaway Camp”.

Upon first viewing, you’ll be spending much of your time researching both visual and narrative clues to uncover who is the killer before the big reveal. Several curveballs are thrown at you, creating an ever-changing theory until it comes to fruition. The ending is regarded as one of the most surprising as few viewers, even the most intelligent cinephiles, will see coming. Overall I have to agree “Sleepaway Camp” with the consensus that it’s a must-watch for any horror fan. It breaks the concept that a knockoff can’t be as admired as its counterpart.